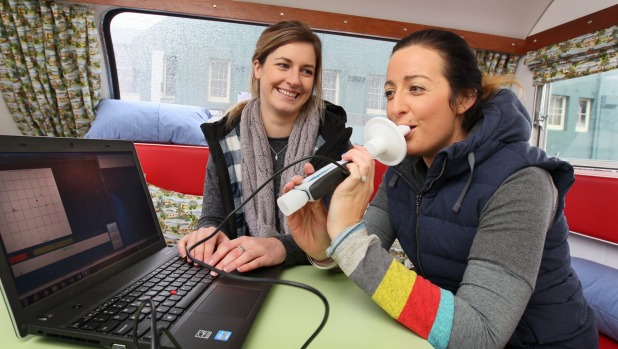 Healthy Families Invercargill is part of a collaborative approach to driving the Smokefree 2025 goal in the south.

As a member of the Smokefree Murihiku network, Healthy Families Invercargill has been working alongside a collective of health agencies that recognise “that working collaboratively is a strength and creates unique opportunities”.

As a group, the Smokefree Murihiku network has worked together to submit to the Invercargill City Council’s annual plan process on smokefree spaces and places, and advocated for other tobacco control initiatives at various levels.

A working group has also been developing a project to increase the number of smokefree spaces in the Invercargill CBD.

This has involved advocating to councillors, supporting the Invercargill City Youth Council, surveying and discussing the issues with retailers, providing evidence and information to the council’s policy department and working closely with the council’s Inner City Coordinator.

The network has had significant success in the past when it was able to advocate to council for the creation of a smokefree policy for parks and reserves in the city and it’s this precedent which provides some hope that more smokefree policies can be created for the city.

While council has committed to creating a policy for consultation, a lot of work remains to be done in terms of defining which areas the policy will cover and how it will be communicated.

Another significant landmark has been the trial of a new smokefree policy for ILT Stadium Southland.

Invercargill’s world-class indoor sports venue began a smokefree trial in January which has provided some key insights into the challenges involved in ensuring this sort of policy has the greatest impact.

Driven by Public Health South, additional signage and key messaging was provided for stadium staff, and a new smoking area was created well away from the main entrance to mitigate the issues of second hand smoke drifting into the foyer and the visibility of people smoking outside the entrance.

Healthy Families Invercargill was able to provide communications support for the trial.

“Working in the smokefree area is a complex and emotional topic which everyone has an opinion about,” Healthy Families Invercargill manager Jared Cappie said.

“There is obviously no single, simple solution, but there is a massive opportunity for council and other community leaders to show the way forward on this.”

While the challenge can’t be underestimated, that also created plenty of potential for change, Cappie said.

“We are looking at ways we can support the community, especially youth, to come up with innovative ways of promoting the Smokefree message and create sustainable, healthy change.”

Smokefree Murihiku will mark World Smokefree Day on May 31 with an event themed “It’s about Whanau” which will focus on smokefree cars and homes.

The event will involve a free ‘have a go’ activities day at ILT Stadium Southland for kohanga reo and Pasifica early childhool centres.