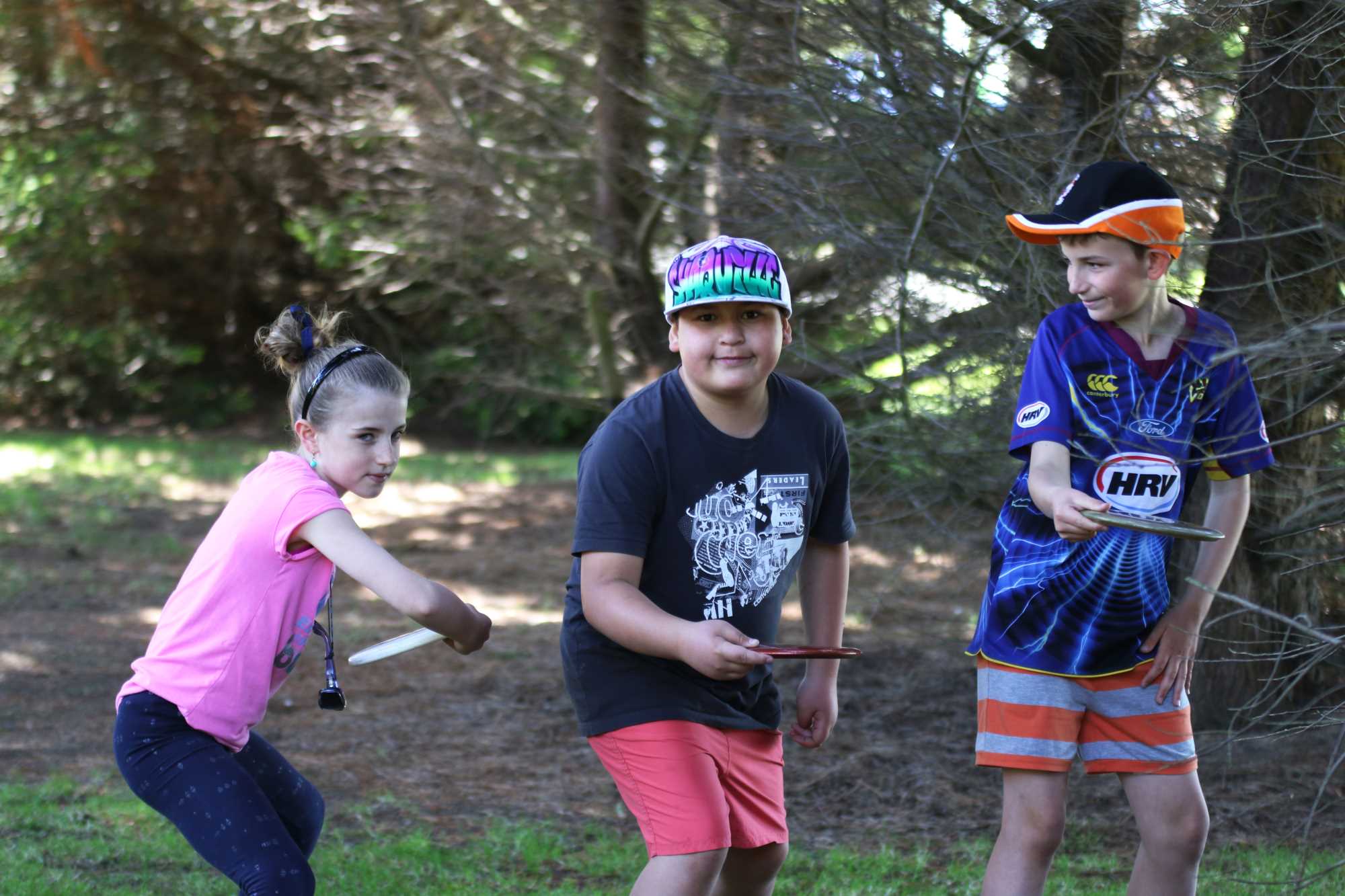 Three months after its official launch, a new disc golf course in Invercargill’s Queens Park has surpassed expectations and has not only helped hundreds more people get active, but is showing other organisations a new way of working together.

The disc golf course was officially opened on November 19.

Attended by more than 200 people, the opening was the culmination of more than 12 months of collaborative work by Healthy Families Invercargill, Disc Golf South, and the Invercargill City Council.

While it took a while to get across the line, the end product has been one that has been extremely well received by the community. And interest in the activity is growing.

As well as people attending the official launch, the disc golf course also attracted 75 people as part of the Vodafone Workplace Challenge at the end of last year and has been used as part of an Invercargill schools’ sports tournament.

Rebel Sport has sold more than 280 of the disc golf starter packs, the portable baskets have been loaned out by Sport Southland many times, and the Herbert St Store has hired discs out more than 100 times since November.

But while those statistics show the popularity of disc golf, and that it has proven to be an effective way to get whanau physically active, the collaboration between the council, Healthy Families Invercargill, funders and sports organisations has arguably been the greatest success.

Sport Southland chief executive and Healthy Families Invercargill Leadership Group chairman Brendon McDermott said having the organisations working together to achieve such remarkable results was a fantastic example of what collaboration could really do.

‘’This is co-design at its finest. Not only have we now got a fantastic resource that people are lining up to use, it was the result of people really listening to the community, working collaboratively to achieve what the community wanted, and in the process, building a foundation upon which further initiatives can be built.’’