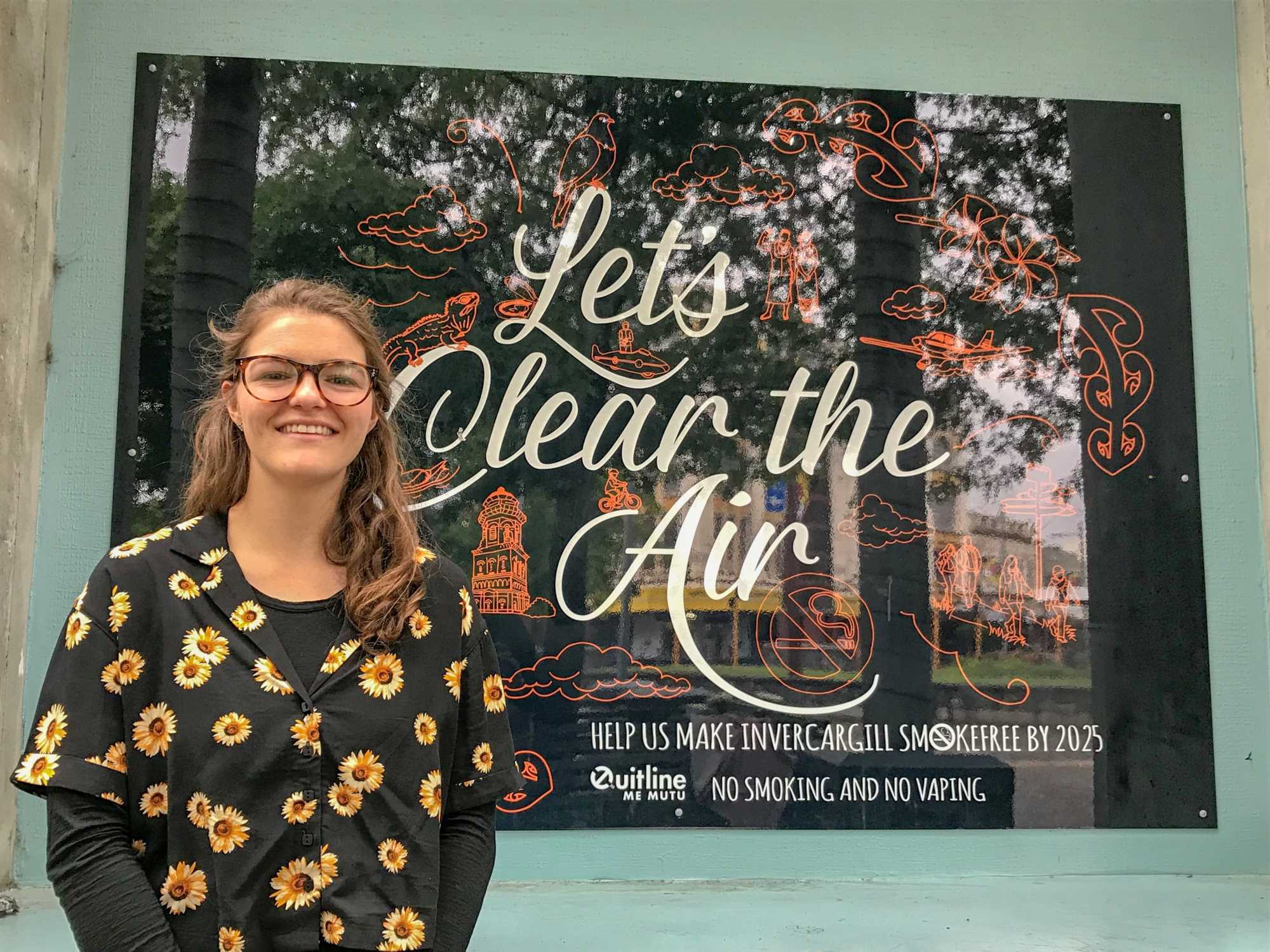 The Invercargill City Council is currently reviewing its Smokefree Areas Policy. Public consultation closed on December 7, but submitters, including Healthy Families Invercargill, will speak to their submissions at a hearing on January 29.

“This is a chance for Invercargill to show how much we care about our children, by providing spaces and places that are smokefree, and helping them to grow up in a community which denormalises smoking,” Cappie said.

“Vaping may be a significant tool for helping current smokers to beat the habit, but it also poses a real risk in terms of creating a new avenue into smoking for children and non-smokers. Its highly visible nature means it fails to denormalise smoking for children.”

Healthy Families Invercargill, as part of Smokefree Murihiku, was one of the agencies which advocated for a Smokefree CBD, which was voted in unanimously by the Invercargill City Council in 2017.

The policy makes the area within the boundary of Tay, Spey Street, Deveron and Dee streets (including Wachner Place) a smokefree area, with a policy favoured over a bylaw to enable the community to take ownership over the aspirational goal of achieving a Smokefree New Zealand by 2025.

“Invercargill has led the way with this policy and other centres are watching to see what further impact it can have,” Cappie said.

“We would like to see the policy continued, and for an ongoing campaign to be implemented which will increase awareness. It’s been really heartening that people who we have talked to are asking for more smokefree spaces.”

According to a recent Council survey, more than half of people questioned have noticed a difference in smoking in the Invercargill city centre over the past year, with a similar number saying they would avoid places where they may be exposed to other people’s smoking.

Consultation conducted by Healthy Families Invercargill found that nearly all those approached would like to see an extension of the current policy, with more signage and more information available for visiting students and tourists.

“While it would be great to see more smokefree spaces created, it’s really important that it’s the community that is driving that,” Cappie said.

Sport Southland’s Healthy Families Invercargill initiative is part of a national movement across 10 sites working with local communities and stakeholders to improve health outcomes, making it easier to make healthier choices in the places where we live, learn, work and play.

Initiatives Healthy Families Invercargill has been involved in include Smokefree Murihiku and the Smokefree CBD, the Plunket Community Garden, the Local Good Food Network, the Queens Park Disc Golf course, the Healthy Attititudes Towards Alcohol collective, the Healthier Choice brand and Choice As Sizzle.