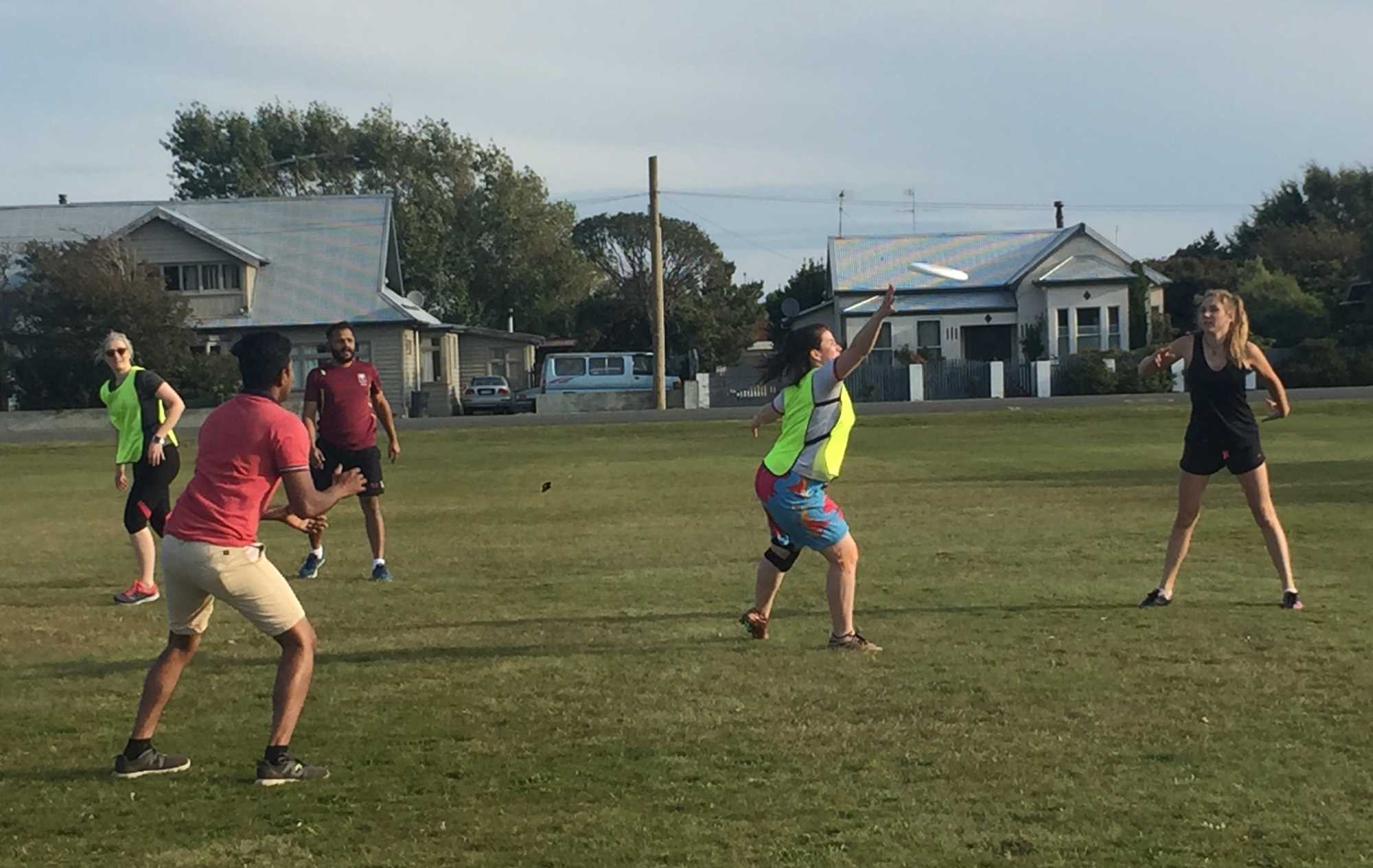 There’s a new kid on the social sport block, and next week is the perfect time to give it a go, thanks to Parks Week.

The sport of Ultimate – described as being similar to netball but played with a Frisbee, has been making waves in Invercargill for a year or two.

Brought to the south by enthusiast Fiona Smith, the sport has been touted as one of the fastest growing sports in the world.

In Invercargill, it is usually played on Monday nights at the Teviot St Reserve.

The games are low cost and purely social – anyone who wants to give it a go is invited to just head down to the reserve at 6pm on a Monday, and they’ll be put into a team to play. The number of games depends on the number of people that arrive to play – some weeks eight people arrive, other weeks there are 16.

“We would love more, so we can have more games going,” Fiona said.

“The vision is to get more people playing Ultimate and knowing what it is.”

Healthy Families Invercargill manager Jared Cappie said it was fantastic to have people in the community driving low cost active recreation opportunities such as Ultimate.

“We are hearing from our community that they are wanting more unstructured ways to get active.”

The sport is a prime example of one of the many community groups using Invercargill’s parks for recreation purposes.

This week is Parks Week, an initiative held throughout New Zealand, to encourage people to get out and about and enjoy their local parks.

As part of the initiative, the Invercargill City Council have launched Discover Our Parks with a focus on health and wellbeing, the environment, conservation, animals, fitness, fun, and learning.

Members of Sport Southland’s Healthy Families Invercargill team will be at some of the events gathering feedback from the public about what they want to see in our parks, and asking what, if anything, stops them from visiting their neighbourhood parks.

Insights gathered from the community could be used to inform council decisions around areas such as infrastructure, urban design, and planning.